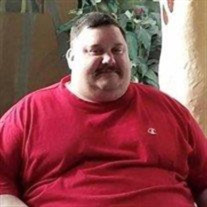 Obituary for Carl Nicholas Pompizzi Carl Nicholas Pompizzi, 44, of King George, VA died on April 20, 2021 at Mary Washington Hospital. Carl was born on February 10, 1977 in Jacksonville, FL to Elsie (Wunder) and the late Carl Francis Pompizzi. Carl was a former insurance agent at GEICO. He enjoyed all genres of music, and while attending College of Southern Maryland, he was a member of the choir and worked with the theatre department. He loved sports, especially baseball and football. His favorite teams were the Orioles, Eagles, Packers, and Kansas City. Carl was a great cook who loved to experiment and make new things. He had a love for animals, going to the beach, and reading. He enjoyed building Legos sets, especially Star Wars and spending family time with his wife and son. Carl loved and was very proud to coach his son through his Little League baseball years. In addition to his mother, he is survived by his wife, Carrie V. (Lee) Pompizzi; son, Carl Logan Pompizzi; sisters, Melinda Pompizzi and Lori Pompizzi; father and mother in-law, John and Deborah Lee; and beloved pets, Jace and Penelope. Due to Covid restrictions a limited capacity graveside service will be held on Tuesday, April 27, 2021 at Trinity Memorial Gardens, Waldorf, MD. In lieu of flowers the family asks for donations to a Scholarship Fund that was set up for Logan at the following link: https://gofund.me/3304cf40.

The family of Mr. Carl Nicholas Pompizzi created this Life Tributes page to make it easy to share your memories.

Send flowers to the Pompizzi family.