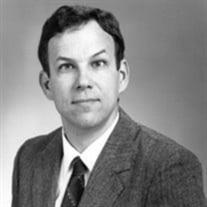 Charles Michael “Mike” Roland, 69, of Waldorf, MD, died on October 2, 2021. He was born in 1952 in Trenton, NJ to Charles and Carol Roland. He graduated from Grove City College in 1974 and received a Ph.D. in Chemistry from Pennsylvania State University in 1980. He spent six years at Firestone Tire & Rubber Company before joining the Chemistry Division at the Naval Research Laboratory in 1986, where he served as Head of the Polymer Physics Section from 1989 to 2015, and as Senior Scientist in Soft Matter Physics until his retirement in 2020. He had a prolific career researching the dynamics of condensed matter, including polymers and liquid crystals, with applications to military armor and infrastructure protection. His many achievements include authoring over 400 peer-reviewed scientific papers, 12 book chapters, and a book, Viscoelastic Behavior of Rubbery Materials; receiving 22 patents for his inventions; and winning many prestigious awards, including the Charles Goodyear Medal from the Rubber Division of the American Chemical Society. He was named a Fellow of the American Physical Society and a Fellow of the Institute of Materials, Minerals, and Mining for his scientific contributions. He married Carol (Procopio) in State College, PA in 1978, and they have called Waldorf, MD home since 1986. As an active member of Calvary Gospel Church, he served as a Deacon and a regular Sunday School teacher, and he engaged in outreach as a member of the Gideons. In his younger years he was an avid basketball player, playing for Hamilton High and later coaching and instilling a love of the game in his children. He could often be found imitating his childhood heroes in the driveway and dunking on an 8-foot basket while dubbing himself “Dr. Dunkenstein.” More recently, he became a prolific woodworker, crafting cutting boards, toys for his grandchildren, and small furniture. His other interests included keeping pet fish, target shooting, bicycling, and movies (zombies, Westerns, and anything Clint Eastwood), but he was most passionate about Penn State football. He is survived by his wife, Carol; sister, Deborah Gogan of Richlands, NC; children: Douglas and wife Jennifer Roland of Woodbine, MD, Alison and husband Joseph Sivak of Chapel Hill, NC, and Daniel and wife Griselle Roland of Arlington, VA; grandchildren: Kayla, Hailey, Rachel, Luke, Isabelle, Zoe, Reagan, and Eli; and loyal dog and driving companion, Francis. Services will be held at Calvary Gospel Church in Waldorf, MD on October 15 at 11 am (viewing at 9 am). In lieu of flowers, the family requests that donations be made to the Memorial Sloan Kettering Cancer Foundation. Donations can be made online at http://mskcc.convio.net/goto/MikeRoland or by mailing a check to: Attn: Rachel Flannery Memorial Sloan Kettering Cancer Center, Office of Development PO Box 27106 New York, NY 10087 Please indicate on the check memo line that the gift is in memory of Mike Roland. To send flowers or a memorial gift to the family of Charles Michael "Mike" Roland please visit our Sympathy Store.

The family of Charles Michael "Mike" Roland created this Life Tributes page to make it easy to share your memories.

Send flowers to the Roland family.