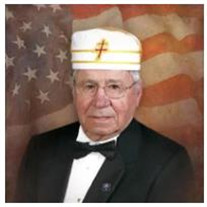 Faith, hope and love—it is with great sadness that we let you know that Dean E. Klinger died on March 18, 2022, at his daughter’s home in Promfret, MD. He is survived by his children, Patricia A. Klinger, Wayne D. (Marilyn) Klinger, and Cynthia K. Klinger and grandchildren, Alexandra L. Wathen (Troy Greathouse), Wayne D. Klinger, Jr., and Madison N. Klinger. His wife, Helen Lorraine Klinger of 42 years predeceased him. Other survivors include sister Carol (Darvin) Troutman, brothers Donald (Christie) Klinger and Ronald (Rosanne) Klinger, Norma Klinger, Rudy Klinger; lots of nieces and nephews and honorary granddaughter Leanne Lakes and great grandson Delano H. (Toyan) Muniz, Staff Sergeant, United States Air Force. Born in Klingerstown, PA on March 16, 1936, Dean was a son of the late Stanley R. Klinger and the late Katie I. Klinger. As a child, he delivered newspapers and worked at the local butcher shop. He was 1953 graduate of the former Heigns Township High School and was the first boy scout in his troop to become an Eagle Scout. Immediately after his graduation he joined the U.S. Army and is a veteran of the Korean War. He began his career at Harrisburg Dairies, and later became the first watercraft safety officer with the Pennsylvania State Fish Commission. He is a lifetime member and past Commander of the Harrisburg River Rescue Squad and was an accomplished diver who saved many lives. In 1966 he accepted a job with the U.S. Coast Guard in Washington, DC. He moved the family to Marbury, MD and was a former Cub Scout Master. He also is a lifetime member, past President and Firefighter of the Year for the Tenth District Volunteer Fire Department serving since 1971. While working for the U.S. Coast Guard, he also held the rank of Distinguished Toastmaster and was a member of the International Photographers Association. He served as a Reserve Police Officer for the Washington, DC Metropolitan Police Department Harbor Patrol. In 1996 after 30 years, he retired from the U.S. Coast Guard and began his lifetime wish of travelling the world with family and friends. He travelled throughout the U.S. and was able to visit both the Artic Circle and Antarctica; travelled throughout Europe and Asia. In addition to travelling his other hobbies included: standing on a barstool while water skiing; Scuba diving; hang gliding; unicycling and driving his Harley Davidson motorcycle. He is a member of the Fraternal Order of Police, Washington, DC, Lodge #1; the Almas Temple Shrine in Washington DC; member of the Almas Yacht Club; and member of; and the American Legion Post #82. In 1957 he became a member of the Scottish Rite Freemasons and was awarded the 33rd degree by the Supreme Council and Sovereign Grand Commander on October 6, 2009. He was preceded in death by his parents, and his wife, Helen Lorraine; two sisters, Marian Schreffler and Ruthann Sims, and six brothers, Randall Klinger, Stanley Klinger, Roy Klinger, Glenn Klinger, Dennis Klinger, and William Klinger. He was a friend to all, and the family would like to acknowledge members of the Tenth District Volunteer Fire Department and its leadership for their generosity and kindness over the years to the Klinger family along with the Charles County Sheriff’s Department and the Emergency Medical Services team. Visitation and service will be on Tuesday, March 29, 2022 from 9:00 am – 11:00 am; immediately following the visitation a Fireman’s Service will be held at 11:00 am at the Tenth District Volunteer Fire Department located at 7035 Poor House Road, Indian Head, MD. Burial will take place at Trinity Memorial Gardens in Waldorf, MD, followed by a reception at the Tenth District Volunteer Fire Department. In lieu of flowers, contributions may be made to the Tenth District Volunteer Fire Department or to Shriners Hospital for Children in Philadelphia, PA.

Faith, hope and love&#8212;it is with great sadness that we let you know that Dean E. Klinger died on March 18, 2022, at his daughter&#8217;s home in Promfret, MD. He is survived by his children, Patricia A. Klinger, Wayne D. (Marilyn) Klinger,... View Obituary & Service Information

The family of Dean Elwood Klinger created this Life Tributes page to make it easy to share your memories.

Faith, hope and love—it is with great sadness that we let you...

Send flowers to the Klinger family.