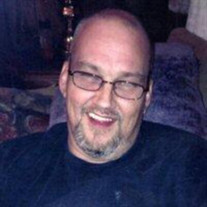 Francis “Frank” Woodrow Murphy, Jr., 51, of Hughesville, MD, passed away peacefully on Friday, October 22, 2021 at George Washington University Hospital in Washington, DC. He was born on March 24, 1970, in LaPlata, MD and was the loving son of Francis Woodrow Murphy, Sr. and the late Dorothy Ann Murphy. After graduating high school, Frank would go onto work for Coca-Cola and in later in life in to the construction field and become an insulation installer. He enjoyed his job, as it always kept him out of the rain and he was able to make some amazing friends throughout his years on many different crews. Frank was known for being a hard-worker with a work-ethic made of steel. He was proud of the life he was able to provide for himself and his beautiful daughters. Frank met the love of his life and fiancé, Aimee Suzanne Paradis and they planned to marry in 2023. Their love was true and brought so much happiness to Frank during his illness. The greatest joy Frank ever felt was when he welcomed his daughters into the world, Breanne, Alexandra, Cora and Scarlett. Being with his girls always made his smile brighter, eyes twinkle and his heart was full. An avid outdoorsman, he enjoyed turkey hunting in the early spring days, summer days spent fishing at his favorite fishing hole and on a crisp autumn morning he felt the call of the wild and could be found out in the early hour’s deer hunting. He was looking forward to deer season and had already scoped out his prime spot in the woods. Although, he will not be walking on the leaf covered ground, know he will still be sitting high above in his tree stand waiting for the big one to cross his path. Frank’s generous spirit lives on through organ donation. Frank is survived by his father, Francis Murphy, Sr. of Hughesville, MD; daughters, Breanne Murphy of Waldorf, MD, Alexandra Murphy of Mechanicsville, MD, Cora Murphy of Bryans Road, MD and Scarlett Murphy of Hughesville, MD; fiancé, Aimee Paradis of Hughesville, MD; brother, William Murphy and sister-in-law Jamie Murphy of Forest Hills, MD; and many extended family members and friends. He is preceded in death by his mother, Dorothy Murphy. Frank’s family will receive friends on Thursday, October 28, 2021 at 5:00 p.m. to 8:00 p.m. at Brinsfield Funeral Home & Crematory, P.A., 30195 Three Notch Road, Charlotte Hall, MD 20622. A Funeral Service will be held on Friday, October 29, 2021 at 9:00 a.m. and officiated by Pastor Dennis Gillikin at Brinsfield Funeral Home & Crematory. Interment will follow immediately in Trinity Memorial Gardens, 3221 Mattawoman Beantown Road, Waldorf, MD 20601. Pall bearers will be Donald Jameson, Nick Grooms, Nick Defilippo, Fred Blake, Jonathan Howsare and Andrew Murphy. Condolences to the family may be made at www.brinsfieldfuneral.com Arrangements by the Brinsfield Funeral Home & Crematory, P.A., Charlotte Hall, MD

The family of Francis Woodrow Murphy Jr. created this Life Tributes page to make it easy to share your memories.

Send flowers to the Murphy family.