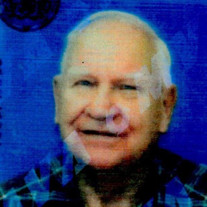 How does one elaborate upon Frank’s long, well-lived life in a few short paragraphs? While his occupation was as a concrete truck driver for over 40 years, it was not his life’s totality. The most significant things in his life were family, home, and friends. Those were his passions. He was married for 68 years to Shirley. He was the father of two sons: Mark, 63 (married to Laurie) and Michael, 66 (married to Leslie). He was a grandfather of five: Nicholas, 23; Samantha, 29; Carol, 31 (married to Rhianna); Jake, 33; and Heather, 37 (married to Allen). He was even a great-grandfather of four: Eric, 2; Mikayla, 3; Brianna, 8; and Lily, 13. As a younger man, he devoted himself to raising his sons to be men of honor and ability. Not simply by mere words, but by example and deeds performed. He taught them honesty, compassion, hard work, and moral courage in their beliefs. How to use tools to maintain current possessions and create new ones. How to problem solve and not just give in to adversity. As he aged, he had a whole new set of children to love and encourage, from studies in school to becoming their own individuals, and then great grandchildren to love and enjoy. And while these words are about Frank, there can be no overlooking the fact that it was the loving pair of Frank and Shirley who strove together to create joy and happiness within the family, be it simple weekends, holidays, and vacations. He will be deeply missed by all who loved him.

How does one elaborate upon Frank&#8217;s long, well-lived life in a few short paragraphs? While his occupation was as a concrete truck driver for over 40 years, it was not his life&#8217;s totality. The most significant things in his life were... View Obituary & Service Information

The family of Frank James Partonen created this Life Tributes page to make it easy to share your memories.

How does one elaborate upon Frank’s long, well-lived life in...

Send flowers to the Partonen family.