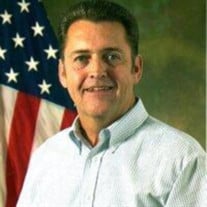 Freddie Allen Young, 71, of Hughesville, MD went to be with our Lord and Savior unexpectedly early in the morning of Saturday, January 15, 2022 at Calvert Health Medical Center in Prince Frederick, MD. He was born on September 17, 1950 in La Plata, MD, to the late Vernon Roy and Ruth Margaret Young (Bowen) and grew up on the Sharper’s Farm. Freddie married Mary A Langley on October 26, 1973, raising three wonderful children Jeffrey, Robert, and Melanie. He started working on the Sharper’s Farm during high school. Later he began working at Andrews Air Force Base as a mechanic, working his way up to Vehicle Management Superintendent of the 11th Logistic Readiness Squadron. During his 34 years of service, he received several commendations to include the Air Force Civilian Service Award. Freddie was a hardworking, strong, stoic man with a kind-heart and a love for life. He was a man of integrity, a dependable friend who loved his family fiercely - the most loving husband, father and Pop Pop a family could ask for. Freddie was an avid outdoorsman, who spent most of his time in nature and on the farm where he loved sharing his passions for archery, fishing, hunting, and trap shooting. He was a talented marksman with firearms and bow gaining him an admirable reputation and an incredible relationship with many other enthusiasts. He was a member of Amateur Trap Shooting Association, St. Charles Sportsman Club, National Rifle Association, and Metro Gun Club. Freddie is survived by his wife, Mary A. Young; his sons, Jeffrey A. Young and his wife Christine; Robert P. Young and his wife Tina; his daughter, Melanie A. Unger and her husband Jerry; his brother Larry G. Young and his wife Roxanne; his sister Lila J. Tribett; and his grandchildren, which he thought the world of: Karlee Sanchez and her husband Elijah, Hunter Young; Emily Young; Ashlee Unger; Brooke Young; Hailey Unger and Preston Young. Freddie is preceded in death by both parents, Vernon Roy and Ruth Margaret Young and his brother-in-law Johnny C. Tribett, Jr. The family will receive friends for Freddie’s Life Celebration Visitation on Sunday, January 23, 2022 at Brinsfield Funeral Home & Crematory, P.A. at 30195 Three Notch Road, Charlotte Hall, MD 20622, from 2:00 p.m. to 5:00 p.m. (Prayer Service at 4:00 p.m.) Visitation to continue at the funeral home on Monday, January 24, 2022 at 9:00 am, immediately followed by Funeral Service beginning at 10:00 am. Interment at Trinity Memorial Gardens, at 3221 Mattawoman Beantown Rd, Waldorf, MD 20601. All services will be officiated by Pastor Rick Hancock. Pallbearers will be: Larry Young, Jeffrey Young; Robert Young; Hunter Young; Preston Young; Jerry Unger, Wayne Cross and James Melenson. In lieu of flowers, memorial contributions may be made to Calvert Health Medical Center, 100 Hospital Road, Prince Frederick MD 20678 or the charity of your choice. Condolences may be made at www.brinsfieldfuneral.com Arrangements by the Brinsfield Funeral Home & Crematory, P.A.

Freddie Allen Young, 71, of Hughesville, MD went to be with our Lord and Savior unexpectedly early in the morning of Saturday, January 15, 2022 at Calvert Health Medical Center in Prince Frederick, MD. He was born on September 17, 1950 in La... View Obituary & Service Information

The family of Freddie Allen Young created this Life Tributes page to make it easy to share your memories.

Freddie Allen Young, 71, of Hughesville, MD went to be with our...