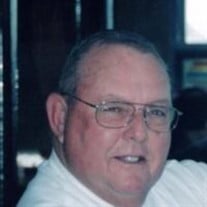 Lawrence “Larry” Sylvester Hill, Jr., 77, of Hughesville, MD passed unexpectedly on October 10, 2020 at his home. Born on June 1, 1943 in Washington, DC he was the son of the late Lawrence Sylvester Hill, Sr. and Minnie Cecelia (Bowles) Hill. Larry married his beautiful bride, Veda Echols Hill on September 29, 1962 and together they celebrated over fifty-seven (57) blissful years of marriage before her untimely passing in July. Larry missed his loving wife immensely and spoke of her daily. Their two children, Michael and Julie are taking solace in knowing they are reunited once again. A strong, heroic and caring man, Larry worked as a professional firefighter for Prince Georges County until his retirement in 1981. In addition, he worked as a 911 dispatcher for Charles County. In Larry’s early years, he loved to spend time outdoors fishing and hunting. After retirement, Larry spent many days with his friends playing golf at Wicomico Shores Golf Course. He also enjoyed spending time with his children and grandchildren whom he loved with all his heart. Larry is survived by his children, Michael C. Hill of Selbyville, DE and Julie A. Cox (Christopher) of Colonial Beach, VA and grandchildren, Jessica R. Lewis (Benjamin) of Elkton, MD, Zachary L. Hill (Alison) of Millsboro, DE, Amanda G. Adkins (Morgan) of Colonial Beach, VA, Seth A. Hill of Selbyville, DE, and Trey M. Hill of Selbyville, DE. He is also survived by his mother-in-law, Dorothy Patterson of Hughesville, MD, Jennifer R. Hill, of Selbyville, DE, and special friends Wayne and Jane Mullings of Hughesville, MD and Dennis and Rosanna Tucker of Centreville, MD.

The family of Lawrence S Hill Jr created this Life Tributes page to make it easy to share your memories.

Send flowers to the Hill family.