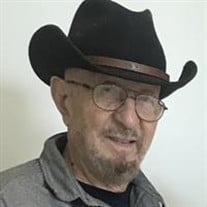 Robert Glenn Leonard, 85, of LaPlata, MD passed away on Wednesday, December 29, 2021 at UM Charles Regional Medical Center in LaPlata, MD. He was born on April 3, 1936 in Kingsport, TN to the late Donald Harry Leonard and Mary Ellen (Rhea) Leonard. Bob met the love of his life, Betty Jean “Bebe” Frye and they married in 1956. They loved and lived happily for over sixty-three (63) years before her passing in August, 2019. Bob missed his wonderful wife and the mother of their three children immensely. His family is taking solace in the knowledge he is now reunited with his beloved Bebe. Bob was a hard worker and owned his own electrical business. He loved sports and was an avid golfer. Bob enjoyed playing billiards and invented the M&L Bridge for handicap players. He enjoyed music and was a karaoke king. He was happiest when he was able to spend time surrounded by his family who knew him as “Papaw”. A great man who adored his family, has left many memories for those who loved him to cherish. Bob is survived by his daughter, Donna Glynn Leonard of Charleston, SC; six (6) grandchildren, Brynn (Bales) Gibson, Demi Lewis, Devin Smith, Heavins Smith, Steve Leonard and Hunter Leonard; and four (4) great-grandchildren. He is also survived by his sister, Patricia Ann Martineau of Brentwood, TN. Bob was preceded in death by his parents, Donald and Mary Ellen Leonard; wife, Betty Jean “Bebe” Leonard; children, Robbie Daryl Leonard and Kimberly Jean Leonard; and brother, Don Rhea Leonard. All services will be private.

The family of Robert Glenn Leonard created this Life Tributes page to make it easy to share your memories.

Robert Glenn Leonard, 85, of LaPlata, MD passed away on Wednesday,...

Send flowers to the Leonard family.